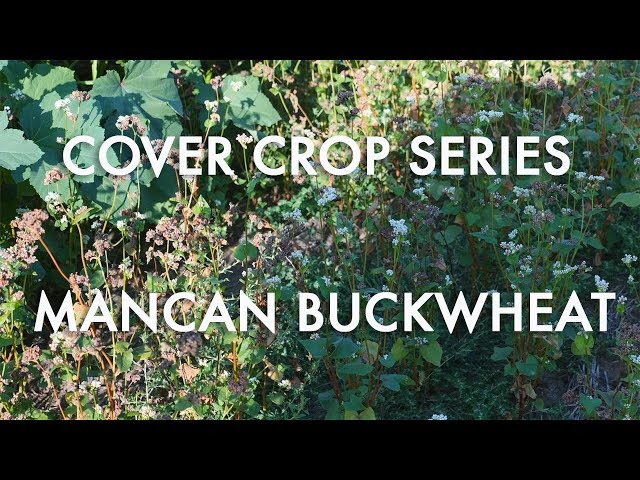 Mancan Buckwheat is a short-season crop that begins flowering soon after emergence. Its flowers attract many pollinators. While buckwheat, the crop, and wild buckwheat, the weed, are in the same family, they are different genera and species and are not the same. Buckwheat can be grown as a grain crop to provide an alternative to wheat flour. Buckwheat seems adapted to a wide range of soil types but maybe a little better adapted to lighter soils than heavy ones. Seeding rate was 32 pounds per acre.