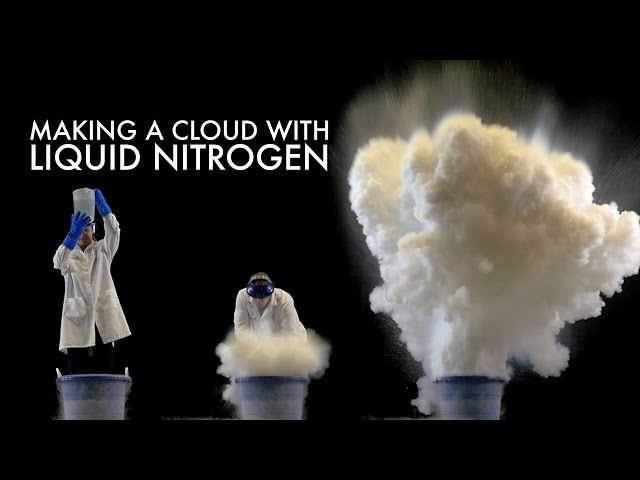 Making a Cloud with Liquid Nitrogen

What happens when 200°F water meets –321°F liquid nitrogen? A big boom and instant clouds! Frank Hardin, Ph.D., from Noble Academy demonstrates the explosive effect with a tub holding several liters of liquid nitrogen and the assistance of a pitcher of hot water.

Good fun, but what's the science? The air around us contains water vapor, the gaseous phase of water. When water vapor cools, it condenses into a liquid phase that we can see – that's fog or clouds.

Noble Academy is a student education and outreach program of Noble Research Institute in Ardmore, Okla. Noble Academy provides educational programs to raise awareness of today's youth about the role and importance of science and agriculture in society. PhytoVision: Beyond a Simple Measure