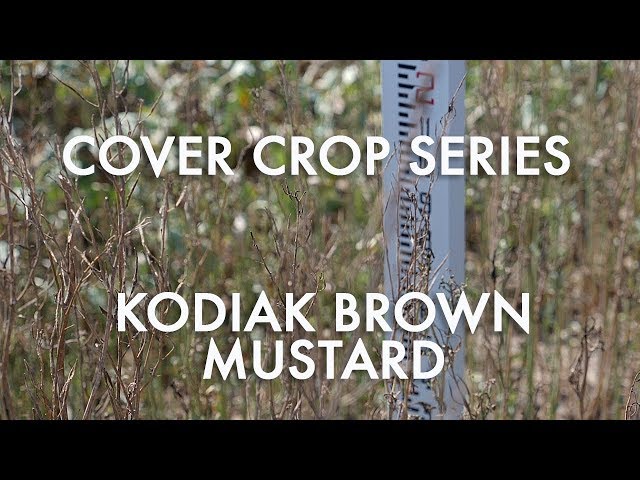 Kodiak Brown Mustard is a short season brassica. It flowers a few days later than Indi Gold Indian Mustard. As a brassica, it is generally considered to be a cool-season plant, but it can also be used in warmer weather. It does not make much biomass when planted in the summer but can quickly provide abundant flowers for pollinators since it can flower in 30 to 40 days. Seeding rate was 8 pounds per acre.

The plots were drill planted in 7.5 inch rows in a clean-tilled and culti-packed seedbed on May 16, 2017, at the Noble Research Institute Headquarters Farm in Ardmore, Oklahoma, on a Weatherford fine sandy loam. Planting depth was shallow, about 0.5 inch, in a dry seedbed, and 2.33 inches of rain fell over the next three days. There was no fertilizer, insecticide or herbicide applied to the crops, and pigweed pressure in the field was very heavy. Rainfall was below average after establishment.