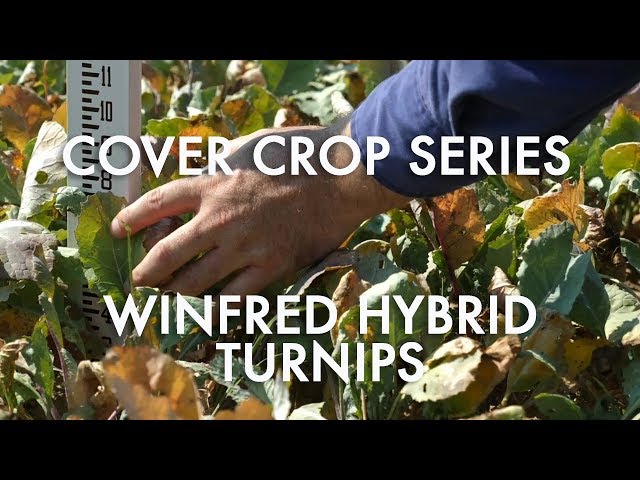 Winfred Hybrid Turnip is a hybrid brassica. As a brassica, it is generally considered to be a cool-season plant but can be used in warmer weather if rainfall is timely. Winfred hybrid turnip appears to make good ground cover but biomass production will be low. It does not make a bulb like a turnip but instead makes a taproot typical of other broadleaf plants. Winfred looks more like a collard than a turnip. Seeding rate was 9 pounds per acre.