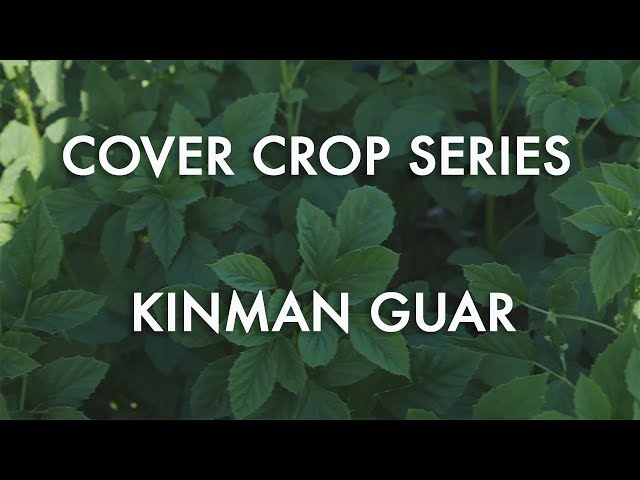 Kinman Guar is a legume that is better adapted to salty or high pH soils than other legumes. It tends to be a little slow to germinate and establish a stand, but, once it gets established, it is hardy and heat- and drought-tolerant. Guar is typically grown for the seeds, which are crushed to make guar gum for industrial uses. Guar is typically grown in the Middle East but has been grown as a crop in southwestern Oklahoma and North Texas. Seeding rate was 22 pounds per acre.