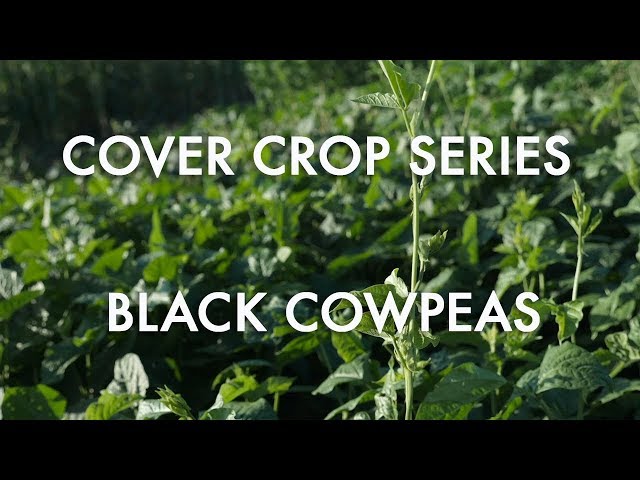 Black Cowpeas are a heat- and drought-tolerant legume. They are adapted to a range of soils and seem to be relatively pest-free. Like all cowpeas, they can be consumed by humans in the form of snap beans and dry beans but may not be as palatable as some others. Black cowpeas have a long season of vegetative growth before flowering and will make vines that run along the ground or climb up other plants, if given the chance. Seeding rate was 54 pounds per acre.